Many fans have seen it Pokemon scarlet and violet as an opportunity for creativity. We’ve seen people discover Moon shimmered through the wallsspeeding around Paldea with breakout controller and even Reach party step goals by jumping on rooftops. But the level of creativity we caught from a fan (thanks, Go to Nintendo) is less about taking breaks and more about focusing on design.

Last week, Reddit user u/regggtegg took to r / pokemon To share our newly designed Switch Dock skin that looks exactly like one of the Pokémon Centers in the Sinnoh region. One look at the images below and we can’t get the disturbing theme music out of our heads, but we have to admit that the 3D printed model is pretty accurate. 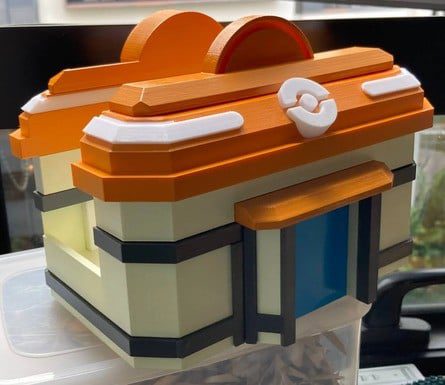 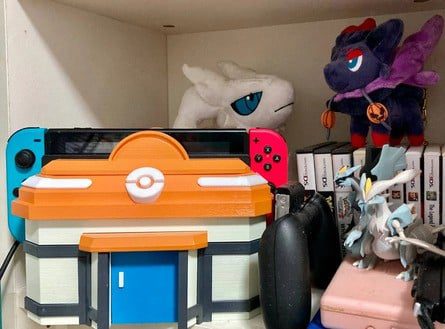 Usually, seeing people as creative as this fills us with an initial burst of joy before the inevitable return with the realization that we will never be able to build something as detailed for ourselves. Thankfully, this time is different as the creator has announced that they are now finalizing the design and will put it on sale soon!

Confirmed in a comment to the original post, reggtegg thanked the folks for their compliments before stating that they will include the Dock Status as an item on their Etsy page (cache makers) “In the next week or so.”

This one might be a bit larger than the relatively subtle design we’ve seen on Pokémon Scarlet and the Violet Switch OLED, but hey, if you’re a fan of the fourth generation, why not shout if from the rooftops?

What do you think of the Poké Center design? Let us know in the comments!

Please note that some of the external links on this page are affiliate links, which means that if you click on them and make a purchase, we may receive a small percentage of the sale. Please read on FTC disclosure for more information.