A firefighting vehicle stands in front of a burning electrical station during a firefighting on September 11, 2022 in Kharkiv, Ukraine. Two people were killed after a missile hit a power substation on the outskirts of Kharkiv. Explosions were heard in the city at 8:00 pm as a result of the collision of two Russian cruise missiles, destroying the administrative building and setting fire to the transformers. The entire city was completely blacked out for about four hours.

Ukraine has been dealing with a series of Russian missile attacks on its energy infrastructure this week, which have caused widespread loss of water and power supplies, damaged its communications network and led to power outages in cities across the country.

They have affected hundreds of thousands of Ukrainians and there are concerns that such attacks, and the potential for Russia to continue targeting critical infrastructure, are making civilians extremely vulnerable as winter approaches.

“The latest figures we have are that about 30% of Ukraine’s energy infrastructure has been damaged and the government is doing everything in its power to ensure that everything is quickly restored,” Yury Sak, an adviser to Ukraine’s Defense Minister Oleksiy Reznikov, told CNBC. Wednesday.

“With the onset of winter, such attacks may pose a significant danger to the civilian population,” he added.

Air raid sirens sounded in multiple regions of Ukraine earlier this week as emergency services and regional authorities had to deal with the deaths, damage and destruction caused by Russian strikes on Kyiv in the north, and Lviv’s main city in the west, Zaporizhia. in the south and Donbass in the east.

See also  Britain's new prime minister: who will he be and when will his term begin?

Russia’s strikes are widely seen as retaliation following an explosion that destroyed the Kerch Strait bridge, which connects the Russian mainland to Crimea (which it illegally annexed in 2014) and used to supply its forces in southern Ukraine.

Kyiv did not claim responsibility for the attack, but that did not stop Moscow from launching a series of strikes on critical infrastructure and civilian targets including apartment buildings, educational centers and other public places, although it denied targeting such sites.

During the Russian bombing on Monday alone, 10 thermal power stations and 19 electrical substations were damaged as well as 54 apartment buildings, according to Ukraine’s Minister of Communities and Land Development Oleksiy Chernyshov.

“Hundreds of thousands of Ukrainians have been deprived of water, electricity and heat while the average temperature in Ukraine is around 45 degrees Fahrenheit (about 7 degrees Celsius) at the moment,” he said Wednesday in a speech to the Atlantic Council.

He added that since October 3, a total of 527 pieces of critical infrastructure in the field of heat supply have been damaged as a result of Russian aggression. “My team and I are now working to restore the infrastructure as quickly as possible…but we are short on resources,” he said.

Chernyshov said Ukraine needs four specific things to ensure that Ukraine can get through these “difficult times”: mobile water treatment plants, mobile thermal power plants, diesel or gas generators and alternative fuels. The need for these things, he said, “is growing as we speak now.”

Ukraine halted electricity exports to the European Union (which started in July) earlier this week and the government has also called on Ukrainians to limit their energy use, especially during peak times.

See also  CNN Poll: Most Americans are unhappy with Biden, the economy and the state of the country

Ukraine, unsurprisingly, criticized Russia’s targeting of energy facilities, with President Volodymyr Zelensky saying on Monday that energy facilities across the country had been bombed and that Russia wanted to sow “panic and chaos.”

On Tuesday, in the wake of subsequent raids on such facilities, Foreign Minister Demetrio Kuleba said such actions were “war crimes planned well in advance and aimed at creating unbearable conditions for civilians – Russia’s deliberate strategy for months.”

By Thursday this week, Ukraine’s national grid operator said electricity had been almost completely restored to the country. However, national energy company Ukrenergo warned it had more work to do to properly fix supplies.

“Ukrenergo’s employees are tired but very satisfied that they have restored power after the largest attack on the energy system of an independent country in the history of the world,” Ukrenergo said in a post on Telegram. 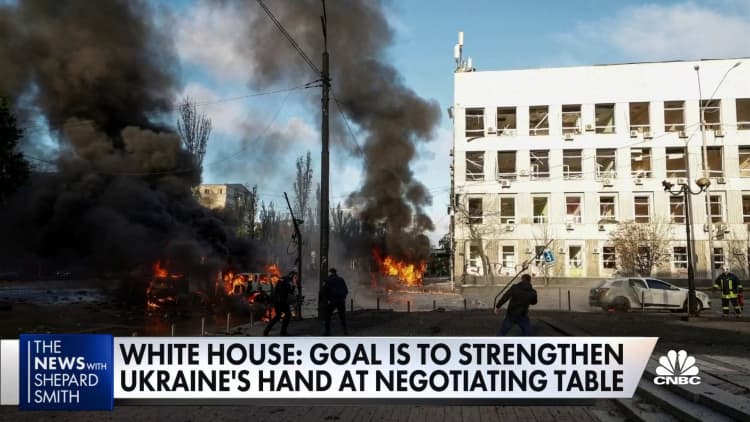 The power operator also warned that while it was able to restore the lost power supply, “it does not mean that we have recovered all that was destroyed.”

“We’ve found ways to save current, but there’s still a lot to do,” she warned, and called on Ukrainians to use energy wisely, especially during peak times in the morning and evening.

She noted that 700 Ukrainian energy workers in 40 repair teams are working to restore networks 24/7. “Please help them – don’t work too much and don’t use too many electrical appliances at the same time,” she added. 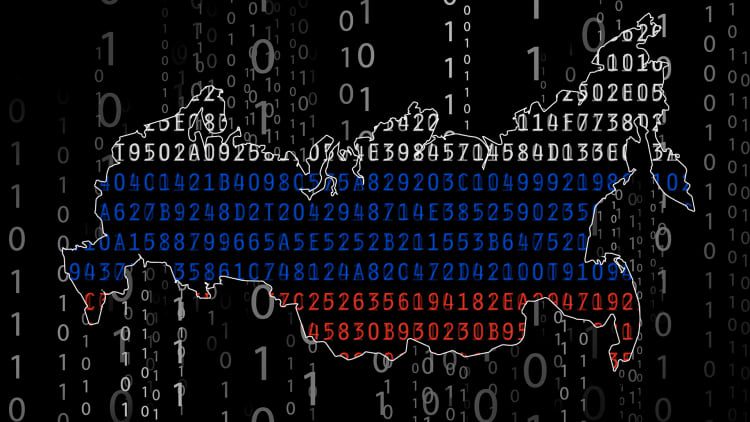