Hogan took to Twitter this afternoon to address social media photos of him and his new girlfriend, a woman named Sky. Hogan confirmed that he is officially divorced from Jennifer whom he held on December 14, 2010.

Hogan wrote in his first tweet since November: “Yo Maniacs just for the record, the Facebook and Instagram posts belong to me and my girlfriend Sky, I’m officially divorced, sorry I think everyone already knows, I love Maniacs4Life.”

Court records show that Hogan filed for divorce from Jennifer in October 2021, according to TMZ Sports. TMZ noted that Hogan and Sky have been seen around Clearwater, Florida recently, hanging out in bars and doing karaoke together at Hogan’s hangout establishment.

This is The Hulkster’s second divorce. He was previously married to Linda Hogan (Linda Claridge) from December 1983 until November 2007 when Linda filed for divorce. Hulk started dating Jennifer in early 2008, and they were engaged in November 2009.

Stay tuned for more. You can watch Hogan’s full tweet below, along with videos of Hogan and his new love interest in recent events, along with a photo of the two of them at his restaurant/bar:

Yo Maniacs just for the record, Facebook and Instagram posts are from me and my girlfriend Sky, I’m officially divorced, sorry I think everyone already knows, I love Maniacs4Life 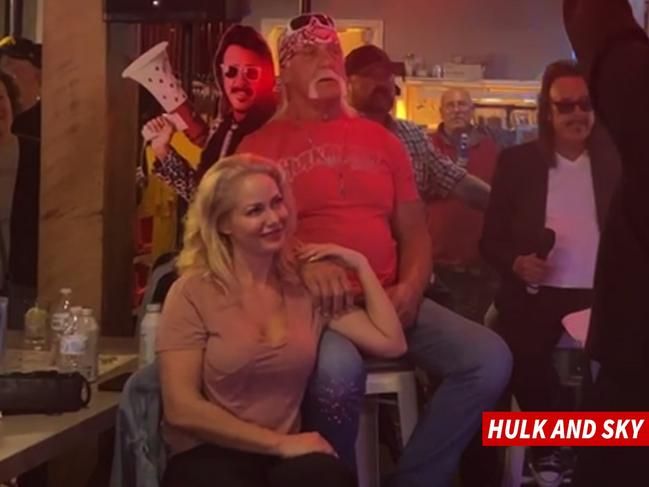 Do you have a news tip or correction? send it to me [email protected]